You are here: Home » News » General » The Original NISOA Roster

By: John Puglisi, NISOA Past President 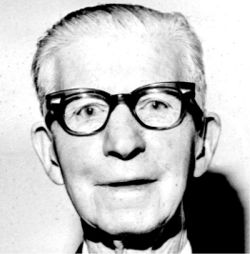 One of the many pleasures of my affiliation with NISOA is meeting great people from all over the country and from all walks of life. After coming home from a very successful NISOA Annual General Meeting and first ever Joint NISOA/ECSR Clinic in Greensboro, North Carolina this past weekend, my phone rang. I checked the caller identification before connecting as most everyone does now with all the spam and robocalls that inundate us. The caller ID indicated ROTHSCHILD in capital letters. I did not hesitate to pick up the phone to hear Werner’s booming voice. Werner Rothschild was my first NISOA assignor when I transferred back to the New York Metro chapter after my last year of active duty in the Navy and initial membership in the Central Florida ISOA. Werner is not only a Life Member of NISOA but one of the original members of NISOA when it formed in 1964. Werner, like several New York Metro members, has relocated to South Florida so now our interaction is a handful of phone calls every year. I pretty much owe everything I’ve done on the college soccer field to Werner as he gave me every opportunity possible to develop as an official and as a person. After catching up a bit, Werner asked me if I knew how many of the original members were still around. I told him I’d find out.

After hanging up, I immediately thought of Hal Chappell who provided great moral support and guidance for me during my term as NISOA President. Hal, in his easy going way, reminded me that it’s important to remember the people and the ideals that sustained NISOA over the years. When I first started working with NISOA Senior Leadership, specifically Joe Miller, John Van de Vaarst and Mario Donnangelo, I was tasked with updating the NISOA web site and starting to use technology to make organization administration easier and more accessible. I worked with Mario for a short time before he passed in 2010 as we started to move the chapter registration process online. John Van de Vaarst told me how most of the recorded NISOA history was in boxes in Mario’s basement which was easy to believe. John took over the archives and we kept moving more of our documents and processes online.

Thanks to the efforts of Mario Donnangelo, John Van de Vaarst and Ben Trevino (our current NISOA Secretary), the link below contains a scan of the original NISOA membership roster from 1964. I think it’s important to share it as we move through our 55th year to remember those who made our organization.

3 Responses to “The Original NISOA Roster”