You are here: Home » About Us » NISOA Hall of Fame 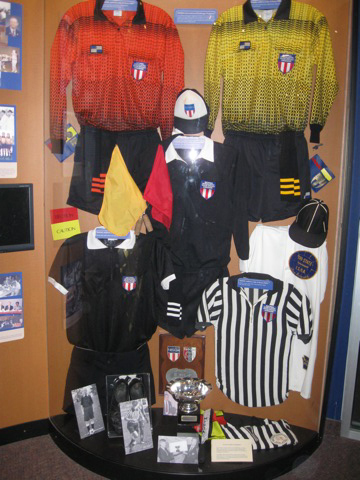 In April 2000, the National Soccer Hall of Fame Museum opened its doors.  At that time the NISOA display was enlarged and placed in the museum area. In addition to pictures of the inductees, the display had a bakers case with memorabilia items such as whistles, coins, international gifts and more.  There were pictures of various events on the wall and in the display case were the various uniforms and equipment that was used by NISOA officials over the years.   The  photographs that appear on this page were taken when the display was in Oneonta.  The NISOA area of the Hall of Fame was viewed by everyone who visited the museum.   It was physically located near the exit of the museum which led to the museum gift shop.

The interactive display that was on a touch screen at the museum has been relocated to this site. Click on a photograph and learn more about each inductee.  This provides a great opportunity to learn about the past leaders and top officials of NISOA

The National Intercollegiate Soccer Officials Association inducts two individuals each year into their Hall of Fame.  Initially the inductees were individuals who officiated at the highest level and later worked for NISOA in various capacities.  In 2002, the criteria was amended so that at least  one person is recognized for achievements as a referee and the other as someone who not only officiated at the intercollegiate level but also dedicated time and talents to the administration of NISOA.  The criteria for each can be found on the forms page in the Awards Manual.

Link to NISOA Hall of Fame 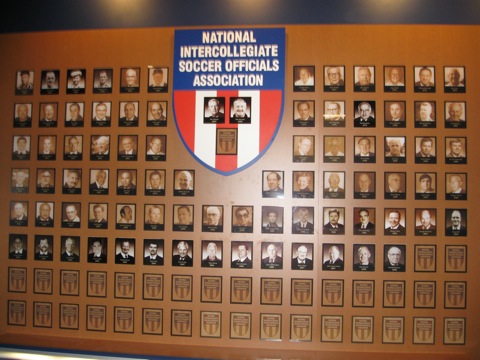 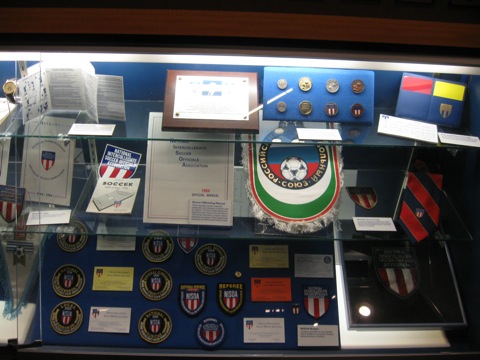 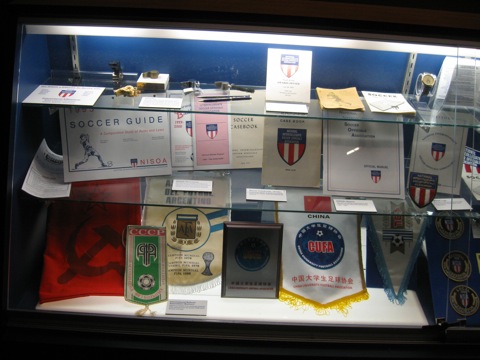