The extended weekend of May 31st – June 1st, 2019 was an exciting milestone for NISOA! On Friday, May 31st, 2019, the Executive Board of Directors met in Greensboro, NC to prepare for the evenings Annual General Membership Meeting, held at the Greensboro Marriott Airport. First of all, thank you to Roger Morton and his NC based chapter of TISOA for securing the location and providing a very professional atmosphere to conduct the meeting. The AGM began at 8:00pm when NISOA President, Gary Huber, led the Board of Directors as they presented reports and provided a review of 2018; as well as an update of future strategic organizational plans in 2019 and beyond. The meeting was attended by 39 guests, including local area chapter leadership representation as well as attendance from other chapters throughout the country. In addition to the AGM, committee meetings were held earlier in the day such as instructional debriefs and a Foundation Fund Board of Directors meeting. The AGM can be viewed in its entirety on the NISOA YouTube Channel and through our web site.

The following day on Saturday, June 1st was the beginning of the excitement as 277 officials, assessors, and other attendees attended a NISOA/ECSR joint clinic at the Marriott Hotel. History was made as this was not only the first NISOA/ECSR Joint Clinic, but also the largest educational clinic in the history of NISOA! The 277 in attendance experienced our new state-of-the-art interactive educational platform and were provided high level education specifically for the collegiate level led by NCAA College Cup Referees Tori Penso, Christina Unkel, and Lance VanHaitsma as well as CONCACAF Referee Manager Mark Cahen. Their collective experiences and instructional delivery were second to none as they provided education to all attendees in subjects including by not limited to rule changes, current NCAA Points of Emphasis, Consistency of Misconduct, and Officiating the Men’s vs. Women’s game. NISOA Senior Director of Education Dr. Todd Abraham was also present to provide clarity regarding the Points of Emphasis for the upcoming collegiate season.

In addition to the officiating education, the attendees were also treated to two guest speakers, Appalachian State University Men’s Soccer Head Coach, Jason O’Keefe, and NCAA Division II Conference Commissioner of the South Atlantic Conference (SAC), Patrick Britz. Commissioner Britz is also part of various committees at the national level involving soccer including his current role on the NCAA Playing Rules Oversight Panel. Attendees were treated to an interactive question and answer session from both a head coach and an administrator perspective on collegiate soccer.

NISOA was honored to induct TISOA President, Roger Morton, to the NISOA Hall of Fame – Referee Category. Roger held court as his acceptance speech was filled with emotion and motivation for all in attendance. Congratulations again to Roger for a well-deserved recognition from your peers! Also, long time TISOA Board Member, Paul James, was honored as the recipient of the Raymond E. Bernabei Honor Award. In addition, clinician Mark Cahen was awarded the Robert Sumpter Excellence in Teaching Award for his commitment and dedication in enhancing the experience of our educational program. Finally, the Region VI Referee of the Year was awarded to Khadime Sabara for his outstanding performances and professionalism throughout the 2018 season.

Much of the credit goes to those individuals working tirelessly behind the scenes to ensure the overwhelming success of the Joint Clinic. Special thanks to the leaders of both NISOA and ECSR for having the vision to combine their efforts to deliver a consistent universal message for the betterment of collegiate soccer officiating. This is beneficial to the members of both organizations for ensuring a consistent educational message, all while doing so in one clinic in order to satisfy recertification requirements. The work that has been done to date regarding this cooperation is very much appreciated. Here is to a continued successful relationship between both organizations and to a successful 2019 season for all of our referees! We look forward to seeing many of you at one of the seven joint clinics this summer. 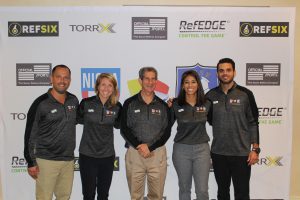 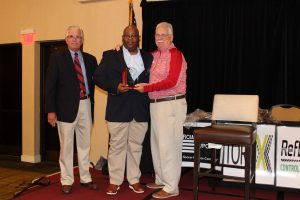 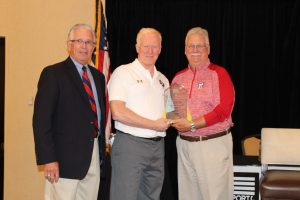 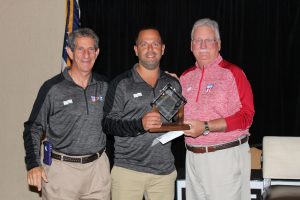