On Saturday, August 3, 2019, a Who’s Who of the soccer referee community in the United States gathered in Yonkers, New York to recognize the legendary Gino D’Ippolito as he became a member of the NISOA Hall of Fame. As Gino’s career included ten years on the FIFA International Panel, over 1,500 Major Indoor Soccer League games, 600 North American Soccer League assignments and numerous college soccer matches, members of all those soccer referee communities were on hand to celebrate Gino’s accomplishments. His career included so many noteworthy matches, perhaps none more than his assignment as the referee in Pele’s farewell match at an oversold Giants Stadium and before a world wide television audience in 1977. Even the assignments he was unable to accept would be world class achievements in themselves. Gino was selected to officiate the 1980 Olympics in the Soviet Union but due to the United States’ boycott of the event, Gino could not accept the appointment. Gino was selected twice to officiate the NCAA Men’s Division I championship game. Each time, his professional contract with the MISL (at the time, the most popular professional soccer in the USA) required him to be on the job with important MISL games.

The ceremony was superbly organized by Richard Rodriguez and the Rockland Westchester ISOA chapter of which Gino was a member. Hosted by NISOA’s Director of Membership and Awards (and fellow Hall of Fame member) Tom Richardson, one by one, Gino’s friends and colleagues shared memories and stories of Gino’s career. The attendees, many of whom flew in for this special event included, NISOA Hall of Fame members, Dr. Joe Machnik, Dr. Don Wilbur, and Joe Manfre. Also included in the ceremony was a video tribute from Esse Baharmast. The ceremony was truly memorable and special for all those who attended, especially Gino’s wife and family. We are proud to have Gino as our newest member of the NISOA Hall of Fame.

The event was live-streamed on Facebook Live and can be watched here. 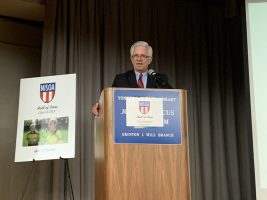 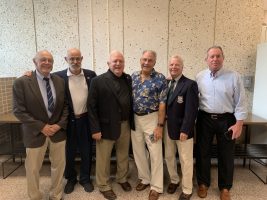 Special Guests at the Gino D’Ippolito Hall of Fame Ceremony 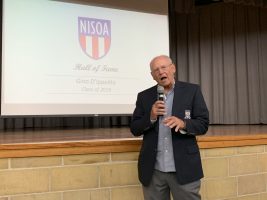 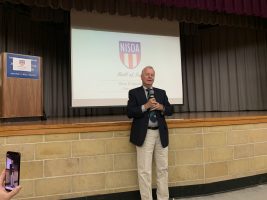 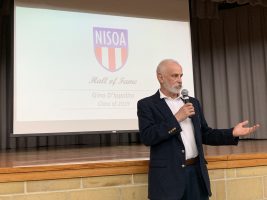 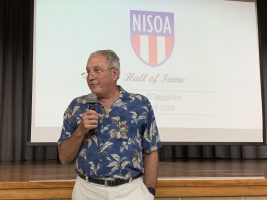 I would like to thank you from the bottom of my heart for the amazing honor you presented to me yesterday. At this point in my life, I cherish every moment and yesterday was one of the greatest days in my life. I have been involved in all aspects of soccer officiating. NISOA is truly a top class operation. I was lucky enough to be a NISOA official since 1971 and I was very lucky to have spent so much time on the field with so many quality officials. It brought tears to my eyes to see all my old friends and be recognized the former Hall of Famers who were present. I have received many accolades as a soccer official but none as prestigious as this. Tom Richardson gave an amazing speech in tribute to me. Many thanks to John Puglisi who I have known for many years and I would also like to thank the local association RWISOA president, Richard Rodriguez who put this whole thing together and is truly an amazing individual. I am in good company now.